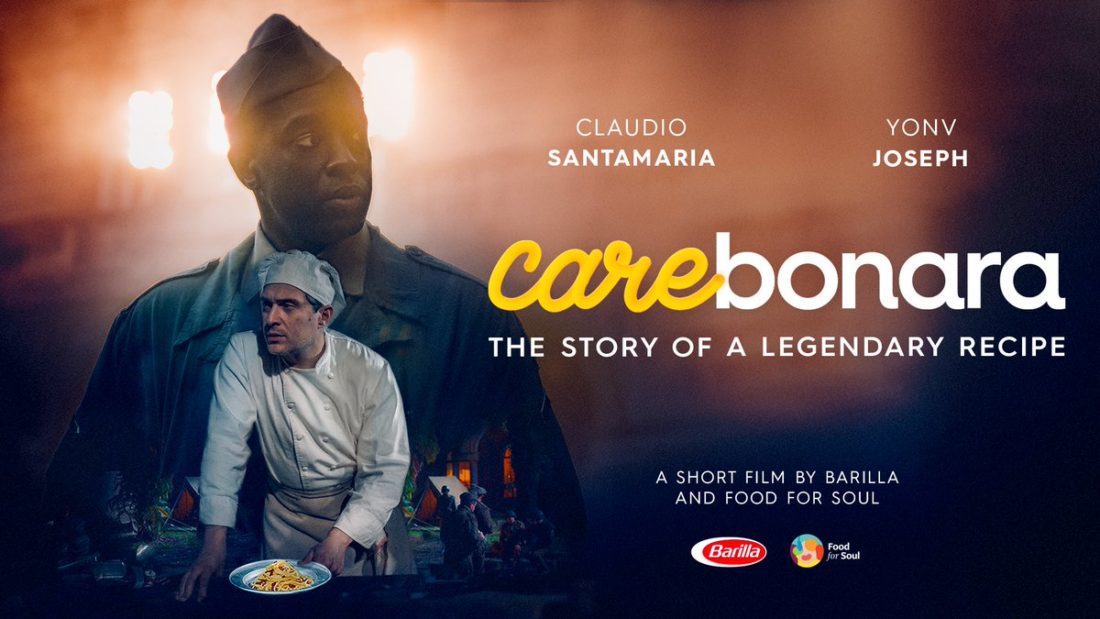 Stories are powerful, particularly when they can stay meaningful throughout time. On the occasion of the 160th anniversary of Italy-US diplomatic relations, the Embassy of Italy in Washington, D.C. is glad to join a project which epitomizes the true spirit of friendship and sharing: a short film that tells one of the possible origins of one of the most famous pasta recipes in the world. Legend has it that Carbonara was born unifying different cultures, when at the end of the Second World War, American soldiers had among their rations abundant bacon and eggs which, thanks to the creativity of Italian cuisine, were mixed with Parmigiano and Pecorino cheese and pepper and used to dress the pasta.

The short movie is set at a historical moment in time that indelibly marked the relations between our two countries; the story combines a plot that unfolds around the elements of diversity and cultural exchange, meaningful friendship and sharing of traditional food and recipes, resulting into the innovative creative twist that the Italian chef makes out of the American contribution.

The story of a dish that was created and became iconic over 77 years ago – almost half of the 160 years of diplomatic relations – symbolizes the life of any successful project and relation that Italy and the United States have been able to establish through mutual respect, sharing, and trust.

The short movie, shot by internationally awarded Belgian director Xavier Mairesse, was launched on April 1st on YouTube, spreading this story of Carbonara as a timeless act of caring for others. The film casts Italian actor Claudio Santamaria, playing the cook, and Yonv Joseph, in the role of the soldier.

Inspired by this story of caring for each other, Barilla decided to turn Carbonara into Carebonara.

Barilla will gift to Food For Soul – the nonprofit founded by chef Massimo Bottura and Lara Gilmore – supporting their mission and sustainability initiatives around the world, a donation of 1 million pasta dishes in the course of 2021, nourishing socially vulnerable individuals through the organization’s operational partners in “Refettorio” projects in Europe, The Americas and Asia, present in some of the U.S. cities as well.

In difficult times like these, when people are longing for normality after over a year of pandemic, simple gestures can make a difference.