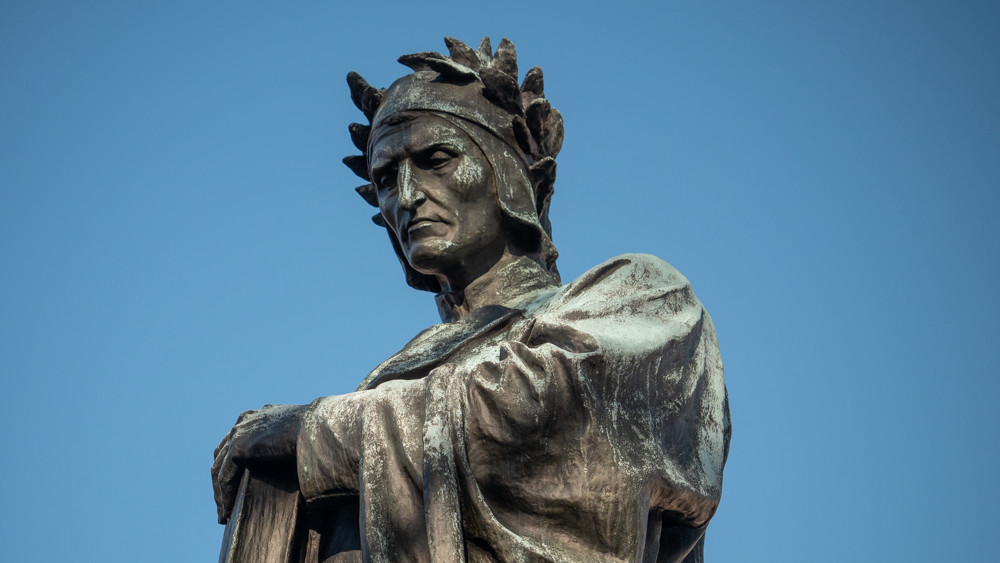 Established in 2020, Dantedì is the Italian national day dedicated to Dante Alighieri. The date of March 25 was chosen because it was recognized by scholars as the day on which the poet embarked on his journey in the afterlife in the Divine Comedy.

“In the United States, we join people around the world to reflect on the genius and legacy of the Supreme Poet. Dante is a universal figure. His words have inspired people all over the world, over centuries. Today, we live in a time of formidable challenges, but also of great possibilities. Younger generations look to us and demand responsible action: for us to harness progress and the potential of humankind in order to trace a sustainable path towards the future. Certainly, also down this path, Dante can guide us, as Virgil and Beatrice guided him, out of the dark woods and along his epic journey.” The Ambassador of Italy to the United States, Armando Varricchio, opened Dantedì with these words and a reading of the XXVI canto of the Inferno.

As part of the “Filming Italy: Dante 700” initiative, the Consulate General and the Italian Cultural Institute of Los Angeles organized, in collaboration with Agnus Dei, Dante readings by celebrities such as Michele Placido, Monica Guerritore, William Baldwin, Salvatore Esposito, Claudia Gerini and Danny Huston and, with the Cineteca di Bologna, the screening of the silent film “L’inferno” by Francesco Bertolini. The virtual exhibition “Drawing Dante. One, none and a hundred thousand faces,” was also inaugurated, in collaboration with Bonobolabo, feauturing over 40 works by artists, cartoonists and designers who have interpreted the iconic image of Dante.

The Italian Cultural Institute of San Francisco partakes in the “Dante in the World” project created by the Ministry of Foreign Affairs and International Cooperation and the Center for books and reading, presenting “At the Gates of a New World: Dante in North America” by author Chang-Rae Lee and Prof. Valerio Cappozzo. The Consulate of Italy in Detroit and the local Dante Alighieri Society are presenting the initiative “Retrospective on Dante’s love. Dante through the eyes of Beatrice,” featuring seven readings starting, from the verses of Dante’s “Vita Nova” to the presentation ceremony of the Dante statue in Belle Isle, recently restored for the occasion.

The Italian Cultural Institute in Washington and Georgetown University organized “Dantedì: a day with Dante” with Prof. Dennis Looney of the Modern Language Association and Prof. Deborah Park of the University of Virginia on the reception of Dante’s work world-wide. The topicality of Dante’s thought is at the center of the conference, presented by the Consulate General in Houston and the Italian Cultural and Community Center, featuring Prof. Dominic Aquila’s conference entitled “Out of the Dark Wood: Dante’s Relevance for Our Time.”

In Miami, the Consulate General planned a series of dedicated webinars: “Tanto gentile e tanto onesta pare,” a hymn composed by pianist Barbara Salani and sung by the tenor Carlos De Antonis, “Dante, l’italiano”, a video for the Dante celebrations with photos taken by teachers of Italian language and culture, “Dante 700 – Inferno – E quindi uscimmo a riveder le stelle,” a reading of five songs of the Divine Comedy, curated by Andrea Mengaroni and the conference “From Daddy Dante to Daddy Yankee: Italian Culture and Language in Florida and the Caribbean,” organized by the Dante Alighieri Society in collaboration with the public libraries of Miami.

In Boston, the Consulate General and the Dante Alighieri Society organized concerts with excerpts from the Divine Comedy interpreted by distinguished actors and accompanied by classical music performed by local artists. The Italian Cultural Institute in New York presents the first of a series of Dante events, made available on the IIC’s new portal (www.stanzeitaliane.it): a preview of the brooch created for Dante’s anniversary by Italian artists Mimmo Paladino and Cleto Munari and the exhibition “Dante hypermodern” curated by Giorgio Bacci. In Chicago, the Italian Cultural Institute finally proposes the show by Massimo Popolizio “Giovanni Alighieri, del fu Dante,” a biographical-historical reconstruction of Dante’s son and of the Alighieri family, created in collaboration with the Xenia Cultural Association and the Ministry of Foreign Affairs and International Cooperation.