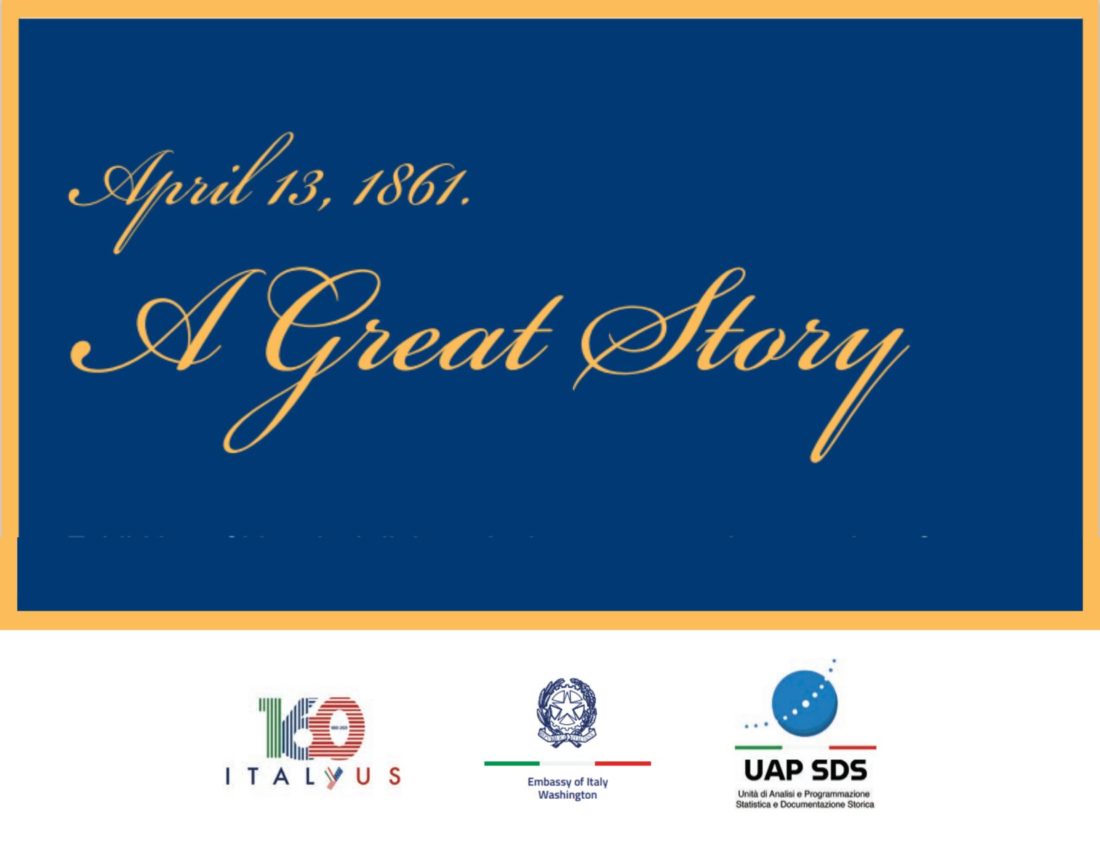 Exhibition of Historical Documents on the Beginning of Diplomatic Relations between Italy and the United States.

This exhibition traces a particularly meaningful phase of the extraordinary path that led Italy and the United States to become fast friends, strong allies. A history made of political, diplomatic, economic, and cultural relations, of shared values and principles, as well as of continuous migratory flows between our countries.

“April 13, 1861. A Great Story” creates a space for visitors to delve into this fascinating page of our common history, by exploring letters, dispatches, reports, books, and agreements, spanning from the Kingdom of Sardinia’s first expression of interest in strengthening political ties with the United States in 1838, to the U.S. recognition of the Kingdom of Italy on April 13, 1861, a day after the outbreak of the American Civil War.

Two historical documents of this exhibition were restored as a courtesy of the Istituto Centrale per la Patologia degli Archivi e del Libro (ICPAL), an Italian center of excellence in the restoration, conservation and research of documents and books.

The American edition of the volume by Carlo Botta was loaned as a courtesy of George Washington University.

Click on the image to see the brochure of the exhibition.