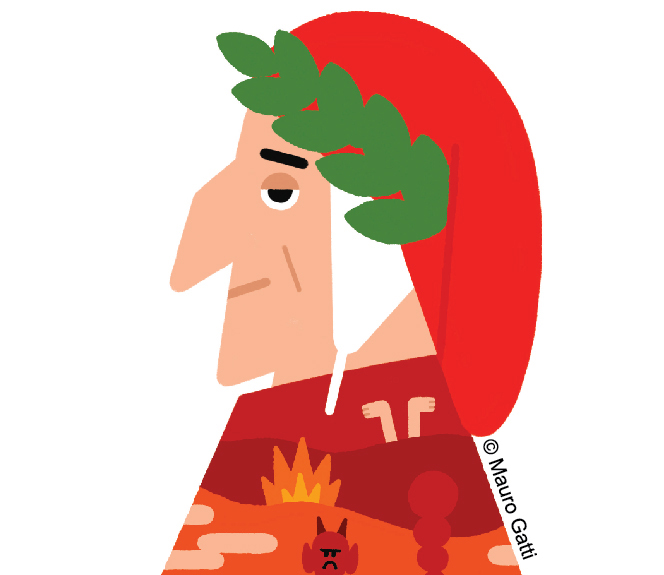 Following celebrations for Leonardo in 2019, and those for Raphael in 2020, the Italian Embassy in Washington, the diplomatic-consular network and Italian Cultural Institutes in the United States commemorate the 700th anniversary of the death of Dante Alighieri, the “Sommo Poeta” (“Supreme Poet”) with a rich program including over 60 initiatives planned throughout the year across the United States. Dante’s celebrations will explore his thought and works, and subsequent response in literature, art, music and cinema – from Sandro Botticelli, Franz Liszt and American silent films to street art, Vinicio Capossela and Afro-American literature – all of which will highlight the Poet’s great relevance to this day.

“Dante and his poetic vision belong to us all, to humanity. His words are current to this day: they are universal, a precious source of inspiration, and an important tool for dialogue between different peoples and countries,” said Ambassador Armando Varricchio. “The Sommo Poeta’s decisive cultural, linguistic and artistic contribution to the formation of Italy and to our national identity and his sheer modernity make this year’s celebrations of Dante in the U.S. particularly significant, as 2021 marks 160 years of diplomatic relations between Italy and the United States.”

Throughout the year, the Embassy and the diplomatic, consular and cultural network in the US will organize a series of virtual conferences led by distinguished experts from some of the most important Italian and American academic institutions. The first in the series will be on February 3, when Dante scholar Teodolinda Barolini (Columbia University) will reveal the concept of “otherness” in Dante and, in particular, his “revolutionary” ideas on women, sexuality and non-Christians. Later in the year, renowned speakers such as Alessandro Barbero (historian), Lino Pertile (Harvard University), Marco Veglia (University of Bologna) and Dennis Looney (University of Pittsburgh) will follow.

Dantedì – March 25, the date scholars see as the start of Dante’s journey through afterlife in the Divine Comedy – will feature a day of readings of the poet’s passages by members of the world of culture, academia, entertainment, business and Italy’s network in the US. In Washington D.C., the Embassy and the Italian Institute of Culture will partner with Georgetown University, while the Italian Cultural Institute of San Francisco will participate in the initiative “Dante in the World”, promoted by the Ministry of Foreign Affairs and International Cooperation and the Center for Books and Literature. The Consulate General and the Italian Cultural Institute of Los Angeles will work with well-known personalities from the world of cinema in the “Filming Italy Los Angeles” festival, while the Consulate in Detroit will launch a cycle of readings of Dante’s works on the theme of love.

Furthermore, Dante will be cast in a modern light through the art that his person, and his opera omnia, continue to inspire. The Consulate General in Houston is supporting the “Dalí’s Divine Comedy” exhibition showcased at the Dallas Museum of Arts until May 16, with illustrations by the surrealist artist of passages from Dante’s poem. Italian Cultural Institutes in the United States, in collaboration with the City of Ravenna, have organized the exciting, augmented reality exhibition “Dante Plus 700: One, None and 150 Faces” which brings together the works of artists, illustrators, cartoonists and street artists who have produced works inspired by Dante’s face, including Calugi, Gatti, Guasco and Manara. A similar idea sparked the initiative in New York where the brooch designed by famous contemporary Italian artist Mimmo Paladino and produced by renowned designer Cleto Munari will be exhibited. The theme “Dante and Art” will unfold with research into references to the Florentine poet and his work in the art collections of some of the most prominent US museums from San Francisco to Boston.

On the other hand, Dante’s legacy in the field of music will be explored through various musical programs, from classical concerts in collaboration with the Opera of Bergamo and the Donizetti Festival, to a day dedicated to Dante as a source of inspiration within the Opera Festival Chicago, and on to a concert-show on Dante in a redwood forest by singer-songwriter Vinicio Capossela in San Francisco.

Fall Dante-themed initiatives include an evocative choreographed reinterpretation of Dante’s Inferno by the Artemis Danza company; a live musical screening of the silent film “Inferno” by Francesco Bertolini in collaboration with the Cineteca di Bologna; the exhibition “Come vestiva l’Italia di Dante” (How Dante’s Italy dressed) on period costumes from Italy in the 14th century, and an exhibit of puppets created for the show “Inferno” by Maria Signorelli. In the fall, the Big Apple will be the backdrop to Project “D.C.: Divine Comedy/Dante in the City”, documentaries filmed in different areas of the city where Dante will be proclaimed in English in Allen Mandelbaum’s splendid translation, organized by the Consulate General and the Italian Cultural Institute of New York.

These events will go hand-in-hand with theme-planned initiatives promoted throughout the year by the Ministry of Foreign Affairs and International Cooperation, as well as additional ones organized by the Italian National Tourist Board (ENIT), focused on the “Vie di Dante” (the “Paths of Dante”) – the places that the “Sommo Poeta” traversed during his exile in Tuscany and Romagna, a slow journey unfolding between art and culture, artisanship, food, wine and nature, in the discovery of olden palaces, Romanesque churches, small villages, craft stores, art exhibitions in Ravenna and Forlì, the Days dedicated to the legend of Paolo and Francesca in Rimini – and so much more.

For these celebrations of Dante in the USA, Mauro Gatti has created a dedicated logo with the poet’s portrait. 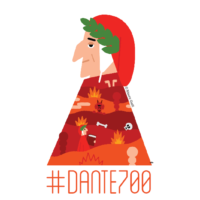 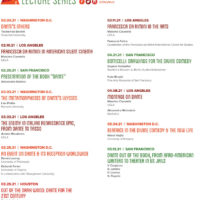